Let’s have Homemade Pita Gyros cooking class and dinner with olive oil, local treats and local fresh beer! We will Eat & Drink like old friends, please with an appetite!

If enjoying a traditional home cooked meal in an olive tree grove setting, in the summer evening breeze with good friends is one of your holiday fantasies, then we kindly invite you to join us in this is a “do it as a local” cooking workshop! Let’s have Homemade Pita Gyros cooking class and dinner with olive oil, local treats and local fresh beer! We will Eat & Drink like old friends, please with an appetite!

Your meal will be prepared using local ingredients and cooked the traditional Mediterranean way: slowly and on a gas fire. Cooking is a pleasure. And it is our pleasure to cook for you!

Can I Go Anytime?

Of course! This activity is available during the whole year. You can select your date during the booking process. We’ll then get back to you with the confirmation.

If you don’t find any dates that are suitable for you, just get in touch by phone or email and we’ll let you know what we can arrange for you. We always do our best to get the experience that suits you best.

We suggest to combine a hiking guided tour with a Greek cooking class. In this special way, you have the possibility to get in touch with Greek natural environment, walk through the Greek landscape where most of the Greek products and ingredients are collected to prepare the traditional Mediterranean Greek meals.

Reviews from our customers all over the world

“This was one of our best days ever in Greece, and we have been coming here for over 20 years.
Our tour with Yanni, called the “Hidden Villages Tour”, because the villages cannot be seen from the sea, began at Yannis’ shop in Kardamili, just a few metres above sea level, and climbed for two hours and 20 kms to a hight of just over 750 metres. Fortunately, we were on shiny new ebikes from Haibike, improved versions of our own which we have had for four years. At that high point, we paused for lunch in the lovely village of Kastania, then began the exhilarating rush down to Ayios Nicholaos on the sea, and then a lovely flat ride on the very nice paved bike and pedestrian path to Stoupa. The ride back to Kardamili was on the highway, but that road is very wide and quite safe for cycling. The whole ride was around 3:45, a constant delight all the way.
Yanni is a great guide and a charming companion. If you are fit and love to ride, you will have a great day!”

I rented a Haibike Sduro 6.0 eBike For 10 days from these folks. We pedaled from Kardamyli to Gerolimenas then to the sunny side of Moni and North to Githeion, Mystras and over Lagada Pass to Kalamata. The bike performed wonderfullyeven on those steep climbs and heavily laden with panniers and me (at close to 100 kilos!). Can’t recommend this shop highly enough.

We had a great tour with the very careful, experienced and knowing Ioannis in and through the mountains of the Mani with unforgettable moments, wonderful views, a very tasty typical Greek breakfast, abandoned villages and great e-bikes. This agency is highly recommended!

Find us on Social Media

What is traditional Greek cuisine?

Greek cuisine, very much like Mediterranean cuisine, is based on olive oil, fresh vegetables, seafood, bread, and wine along with many other ingredients that make this cuisine one of the most delicious in the world. From phyllo dough to Greek yogurt to tzatziki sauce there’s a Greek dish for everyone’s palate.

A little history about Greek cuisine

Greek cuisine is part of the culture of Greece and is recorded in images and texts from ancient times. Its influence spread to ancient Rome and then throughout Europe and beyond.

Ancient Greek cuisine was characterized by its frugality and was founded on the “Mediterranean triad”: wheat, olive oil, and wine, with meat being rarely eaten and fish being more common.

This trend in Greek diet continued in Cyprus and changed only fairly recently when technological progress has made meat more available. Wine and olive oil have always been a central part of it and the spread of grapes and olive trees in the Mediterranean and further afield is correlated with Greek colonization.

Byzantine cuisine was similar to ancient cuisine, with the addition of new ingredients, such as caviar, nutmeg and basil. Lemons, prominent in Greek cuisine and introduced in the second century, were used medicinally before being incorporated into the diet. Fish continued to be an integral part of the diet for coastal dwellers. Culinary advice was influenced by the theory of humors, first put forth by the ancient Greek doctor Claudius Aelius Galenus. Byzantine cuisine benefited from Constantinople’s position as a global hub of the spice trade.

So the Greek cooking class with locals is intented to get you accustomed with the Greek way of cooking and eating.

Did you know that “Gastronomy” is a greek originated word?

In general, the Greek term gastronomy, used worldwide today, is a symbol of the art of enjoying fine food.  “Gastro” meaning “cooking” and “nomy, a system of rules or laws about a particular field. It includes not only the selection and preparation of food but also its serving. According to the first definition given by the famous 18th century French gastronomer Jean-Adelm Brigia-Savaren: “Gastronomy is the deep knowledge of all those that concern the human diet”. Today it is generally defined as the art and science of human nutrition.

Why Do We Recommend It?

Is it right for me?

EXCELLENT Based on 59 reviews

Ovidiu Predescu
Great biking tour! We booked the 4 hour biking trip that starts high up on the mountain. Sotiria, Sophia, and Yannis are great hosts and very professional. They’ve been doing this for some time, and have a very good setup, both in terms of e-bikes and roads to ride on. Highly recommended!

Markellos Kerassiotis
Booked a 3h sunset bike ride with them. Stunning route along the Western Mani coast, excellent Riese & Müller e-bikes and the best guide ever – thank you for everything Sotiria! Will be back surely, 100% recommended!

Vassilis Giannakeas
The right place for you outdoor activities, John is your mountain guide! 2407!!

Melissa Fleming
We had a fabulous experience with 2407! We especially loved the half day mountain tour on their high standard electric bikes expertly and passionately guided by Ioannis and Soteria. The views are spectacular and the stops in the hidden villages are special – especially breakfast at Kariovouni village of local everything which tasted divine. Fully recommend adding this dimension to any vacation in the area!

George Theodossiou
No reviews yet
Leave a Reply Cancel reply 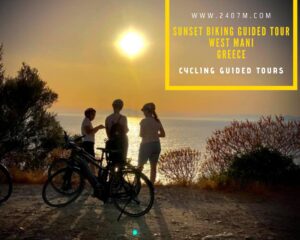 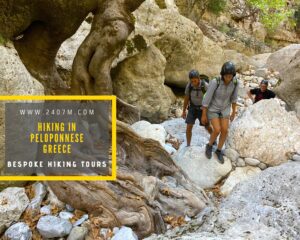 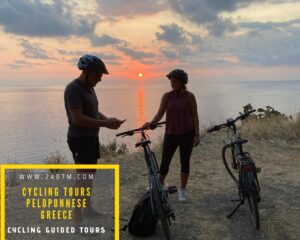 Then check the Taygetos Challenge Trail Running Marathon, gathering annually athletes from all over the world 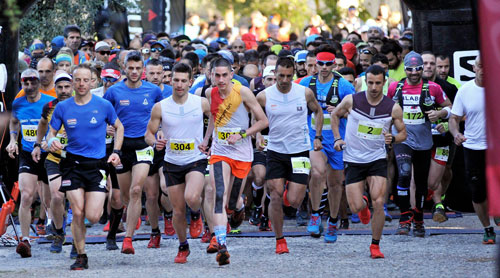 Subscribe to the free newsletter and stay up to date

You can find out more about which cookies we are using or switch them off in settings.

We are specialized in providing authentic experiences through adventure activities – and have been doing so since 2008.

This website uses cookies so that we can provide you with the best user experience possible. Cookie information is stored in your browser and performs functions such as recognising you when you return to our website and helping our team to understand which sections of the website you find most interesting and useful.

Strictly Necessary Cookie should be enabled at all times so that we can save your preferences for cookie settings.

If you disable this cookie, we will not be able to save your preferences. This means that every time you visit this website you will need to enable or disable cookies again.

This website uses Google Analytics to collect anonymous information such as the number of visitors to the site, and the most popular pages.

Please enable Strictly Necessary Cookies first so that we can save your preferences!